I hope the nice weather is here to stay. Suppose to warm up nicely this week and that will get the dry flies going. We have had a few hatches but cold temps have made them less than consistent. Streamers have been the name of the game along with all the high dirty water, also with some leftover late run Steelhead. I have been out about 3 days a week and the lodge has been fairly busy which is good..Mushroom hunting has been epic this year for some reason. Been seening wheelbarrels and trash cans full with 4 guys picking..

The Blessing of the Bikes is over and the town is sleepy quiet last night. The contrast is Friday night super noisy rumbling biker sounds & super busy to crickets by Sunday night. It's nice that it's not some week long event. I wound up fishing the Muskegon River on Saturday with a group and there is still a few good Steelhead spots going down there along with some great Trout fishing as well..

Haven't been riding my dirt bike sense I got stuck in the sand..Been nursing a cold/ allergies and trying to keep up on my guide trips. Been Spring cleaning closets a few days. Donated a bunch of cloths to St. Ann's Catholic Church in Baldwin. Cleaned up my Harley's and put a for sale sign on them. Don't have time to ride them and want to put that hobby money towards my big lake boat..Just switching hobbies more or less..If interested I'm asking $12,500 obo. for my 100 year anniversary 2003 Electra Glide Standard never been dropped original owner and $4500 obo. for a 1999 883 Hugger Sportster second owner both are in good to great condition and low miles with extras..

Big Lake boat was suppose to be ready May 1st. but still sitting in the marina waiting for about 10 lights to be wired up, (that was suppose to be Winter work, not a Spring project)..It's ready to run at any time just would be nice to have marina work all done..Sean Mc Donald ( KatchMe Charters) has been catching Browns and Lakers mix and last time out was Browns,Steelhead, and Kings. So a nice mixed bag. A week or so ago a official 30.4 lb. Lake Run Brown was caught out of Ludington..That's a monster Lake Run Brown Trout. Makes you want to throw Streamers around the peir heads.. The last big one prior to this one Sean caught in 2012 Ludington tournament 24 lb.Brown Trout won big fish in that years tourney..So the big lake is still cold but fish are being caught close to shore in the warmer water..Plugs and spoons are working well.. 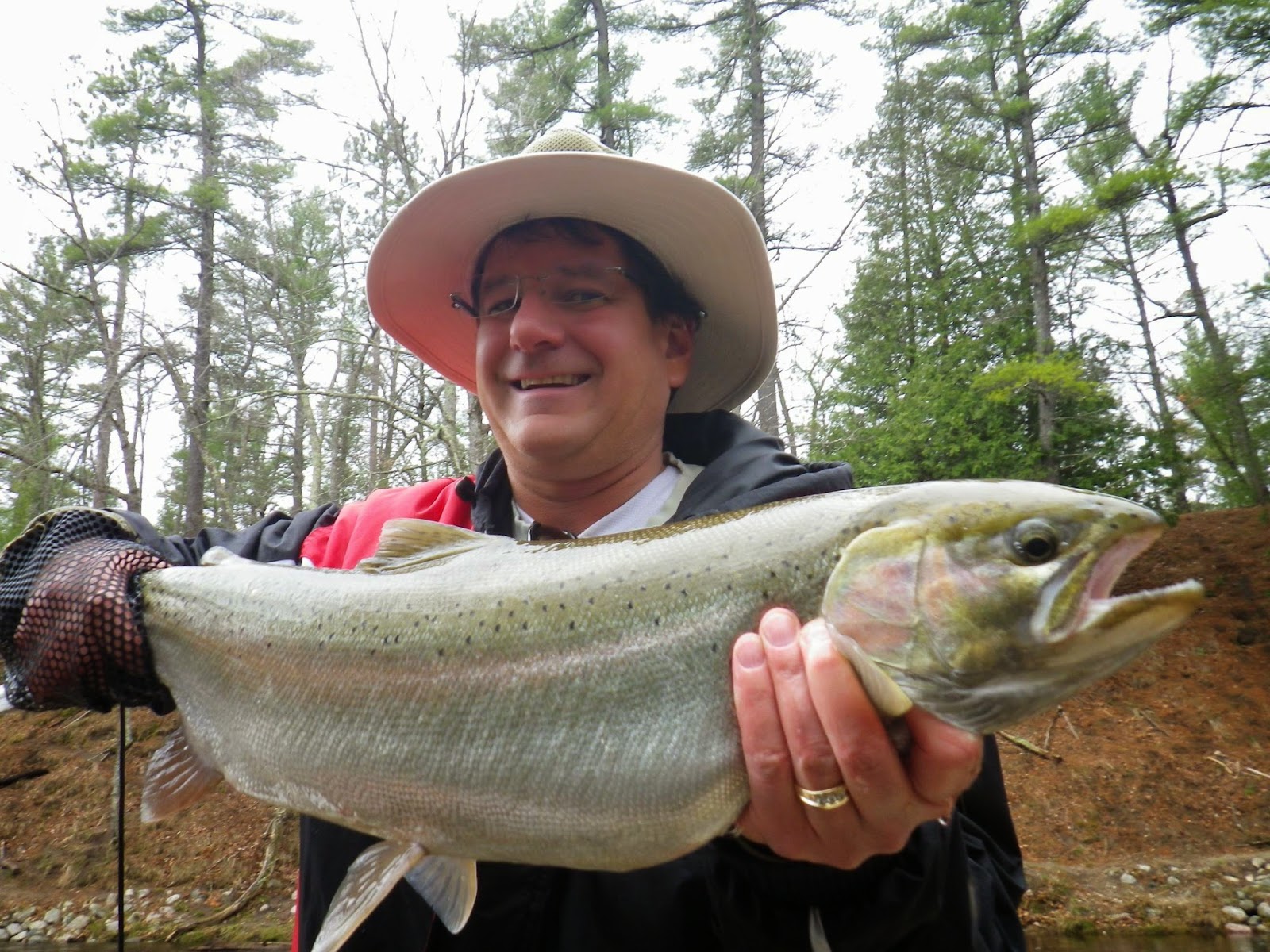 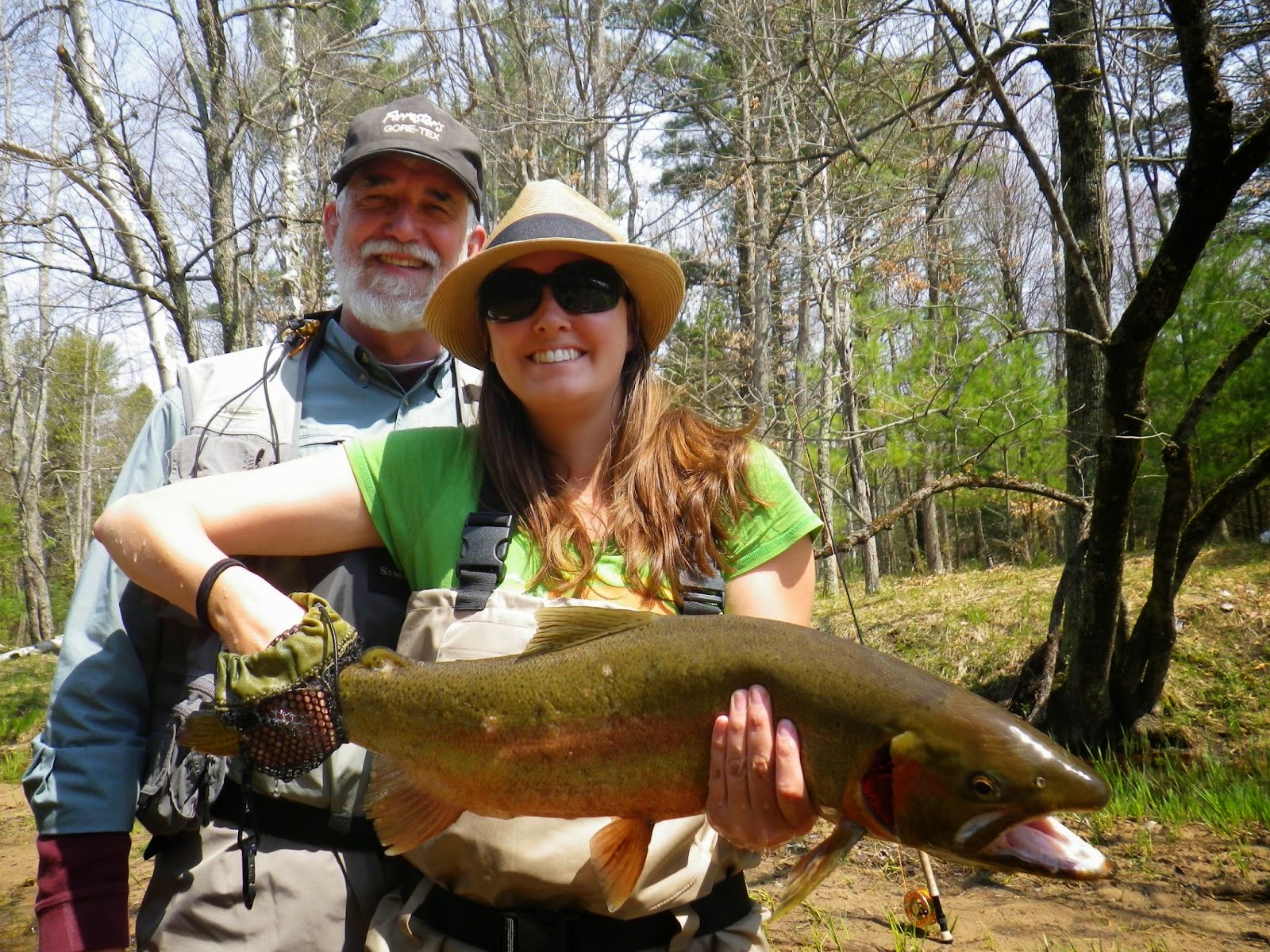 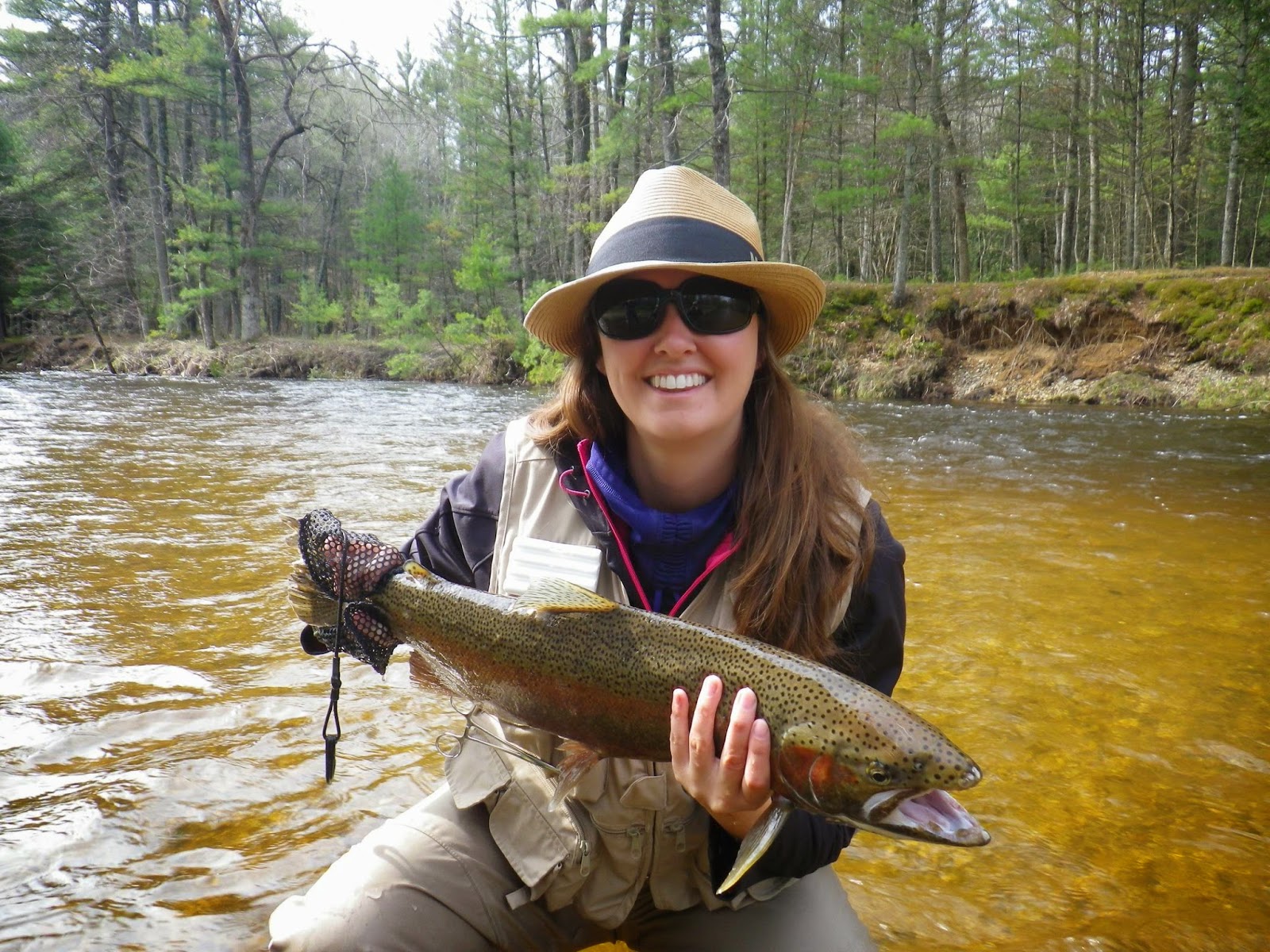 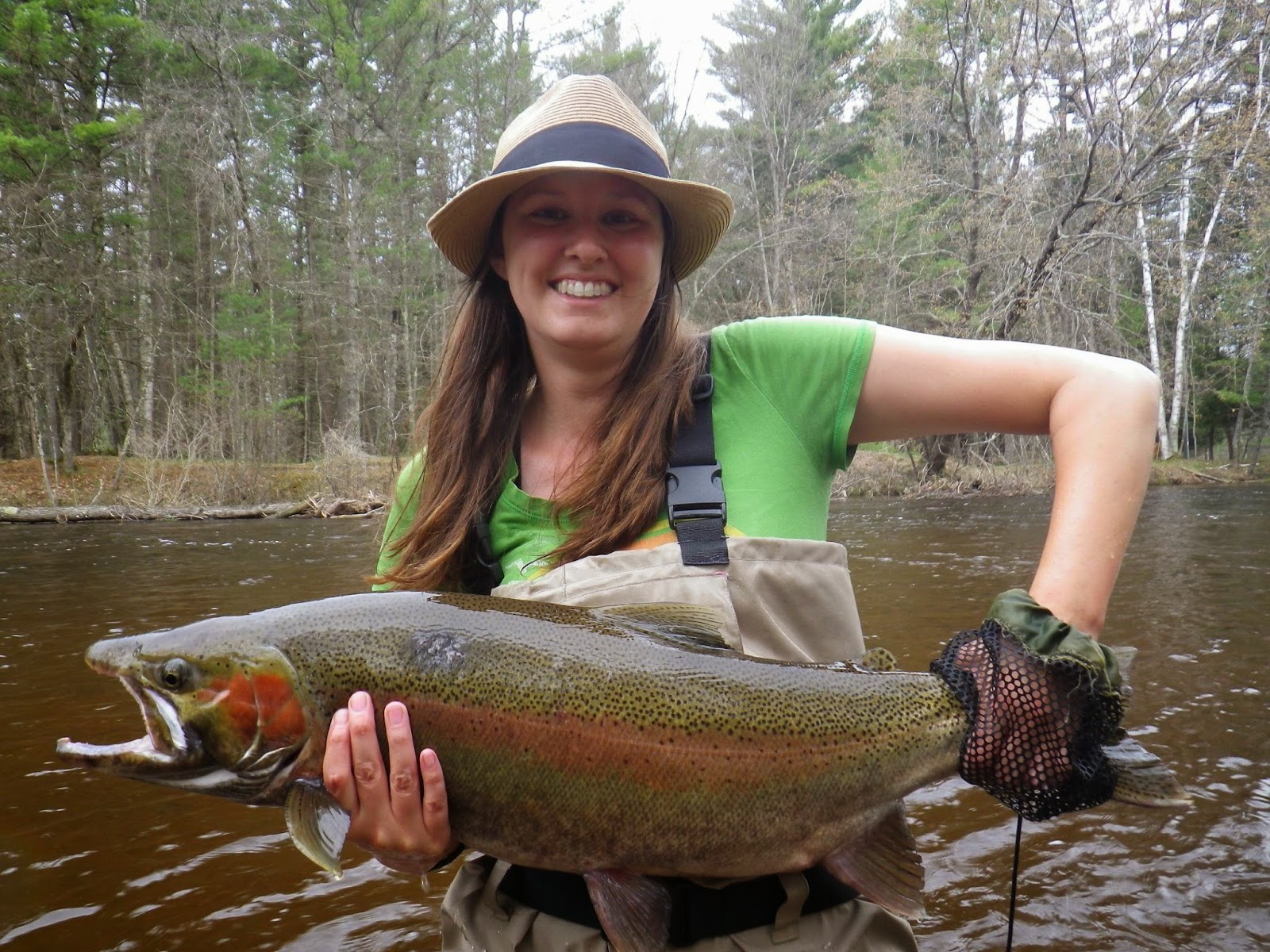 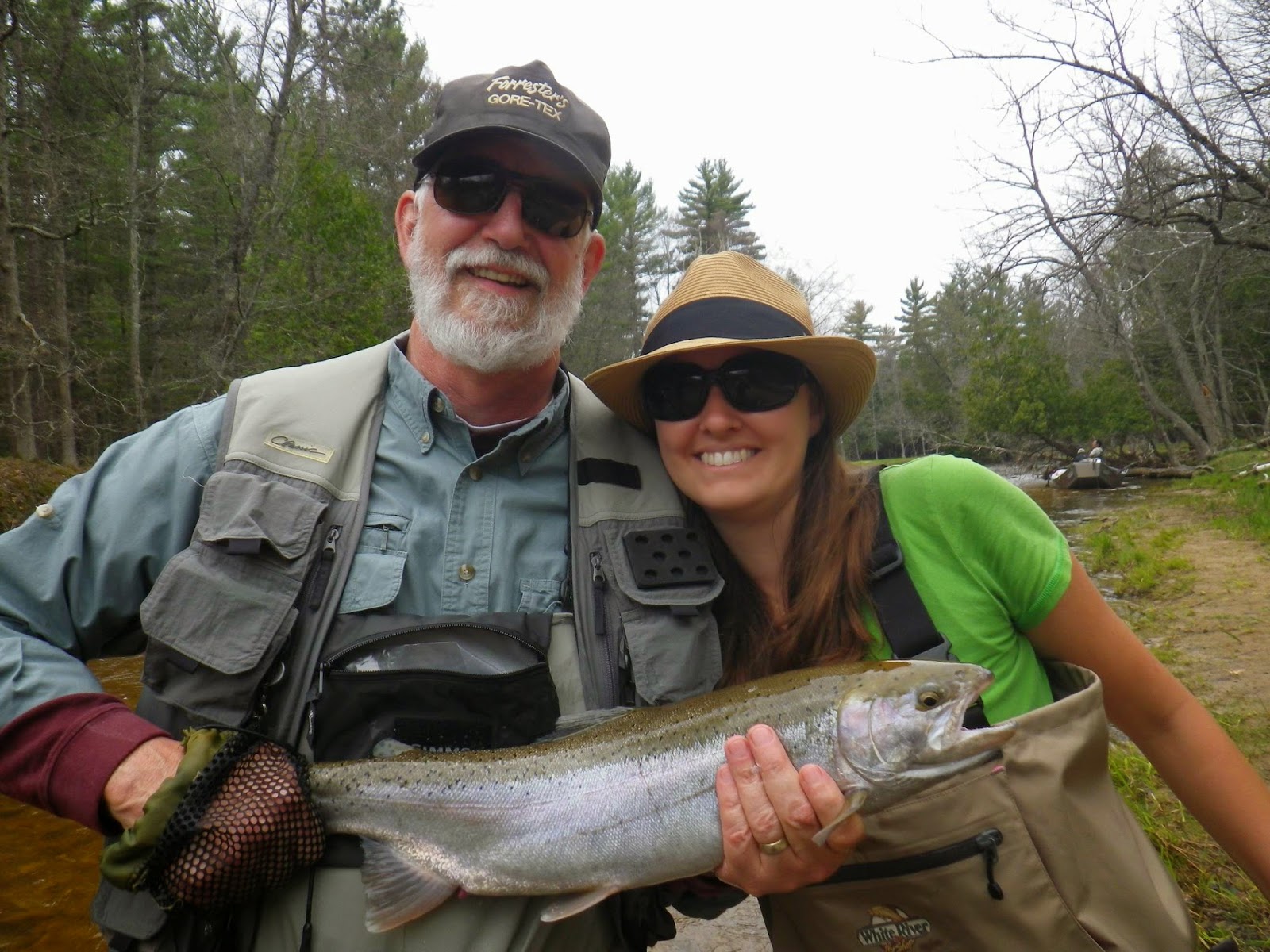 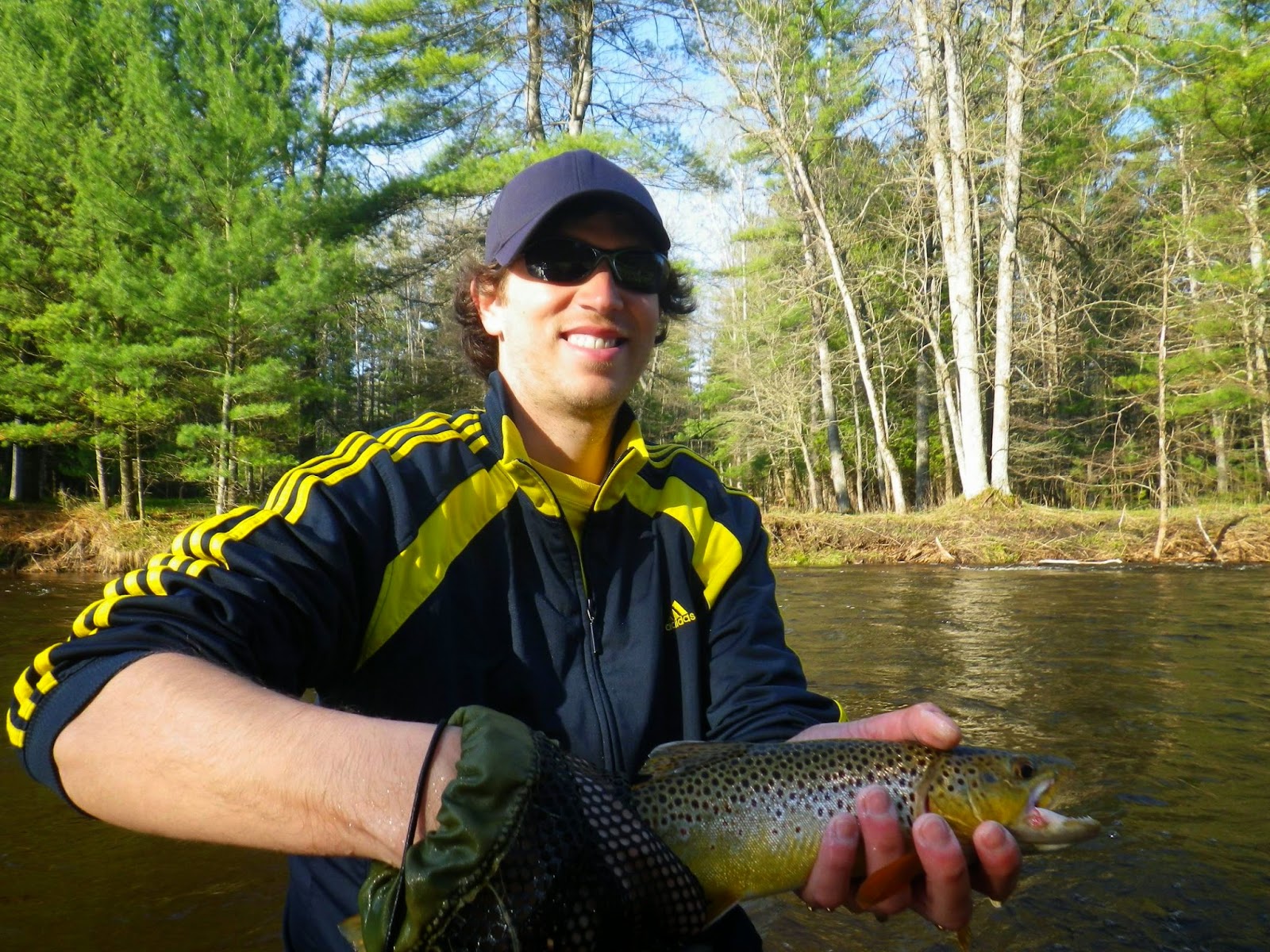 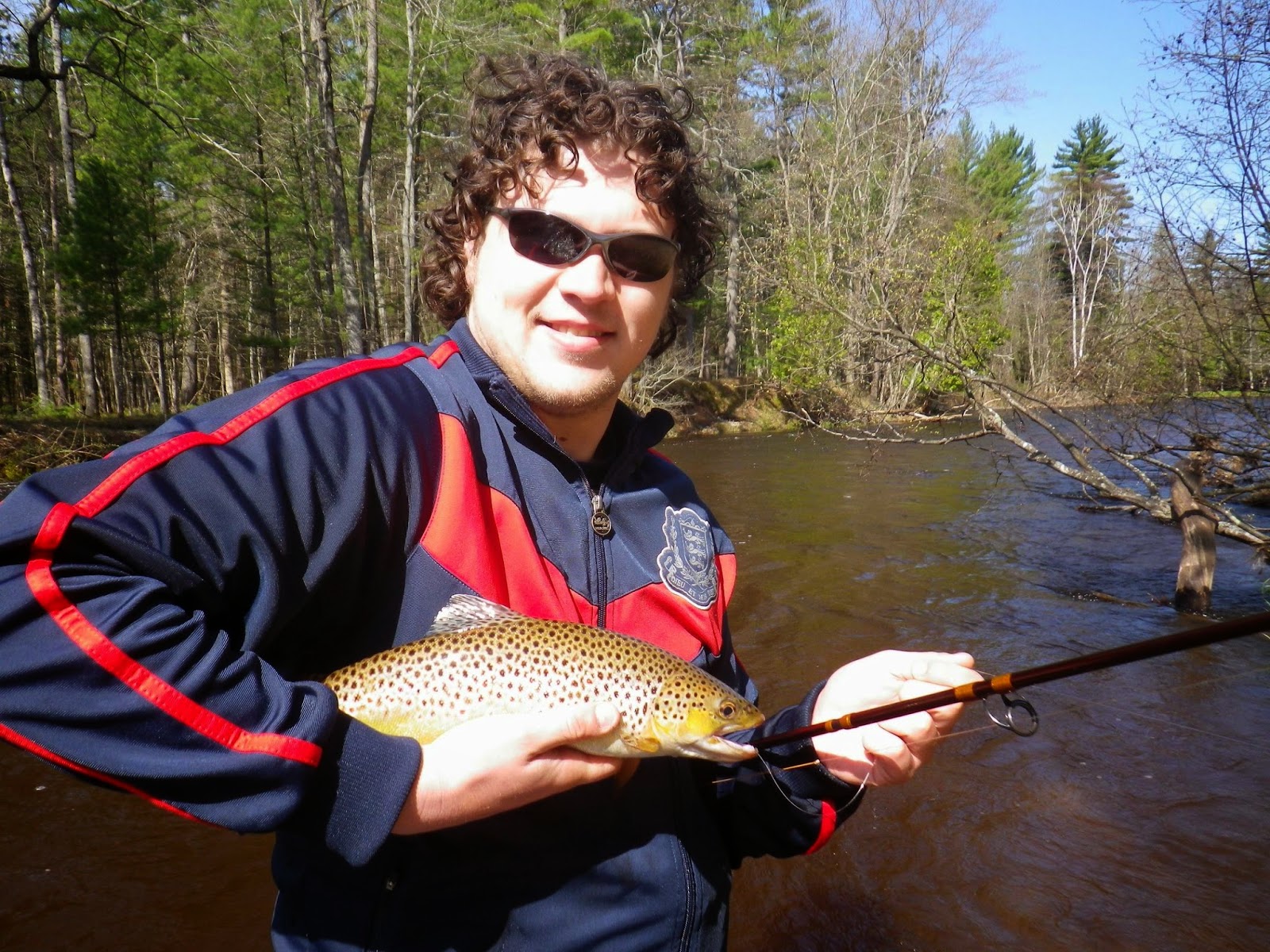 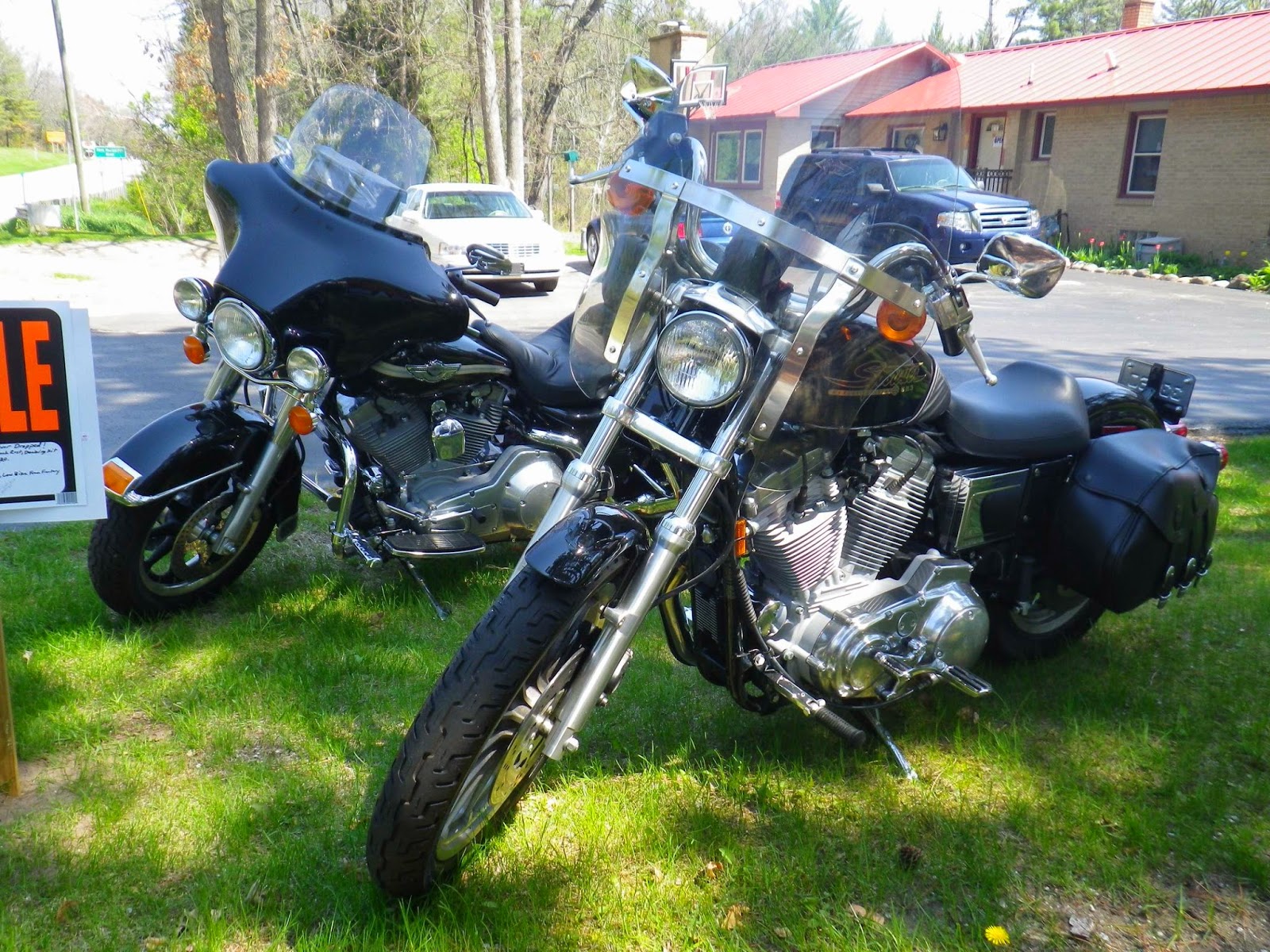 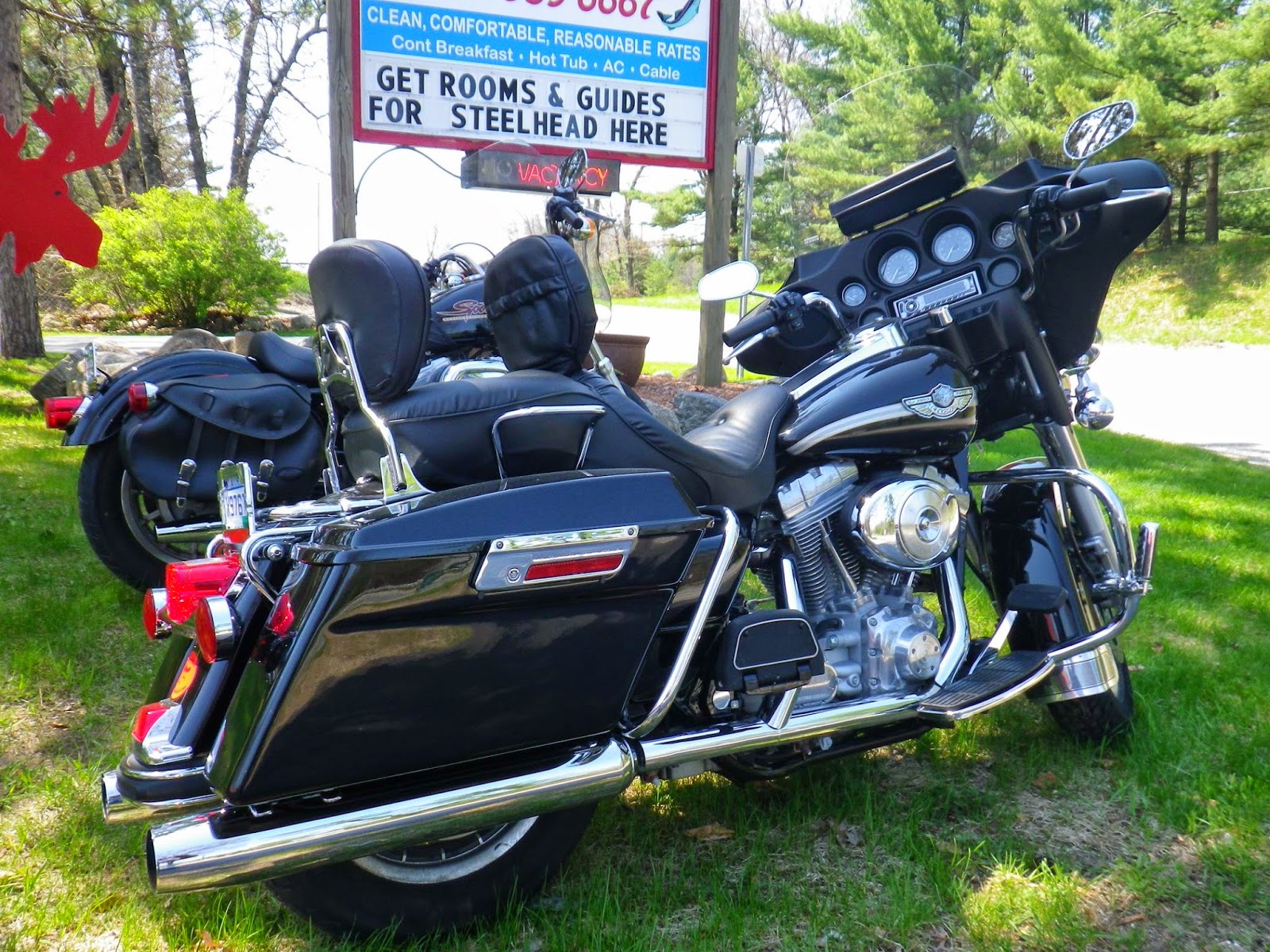 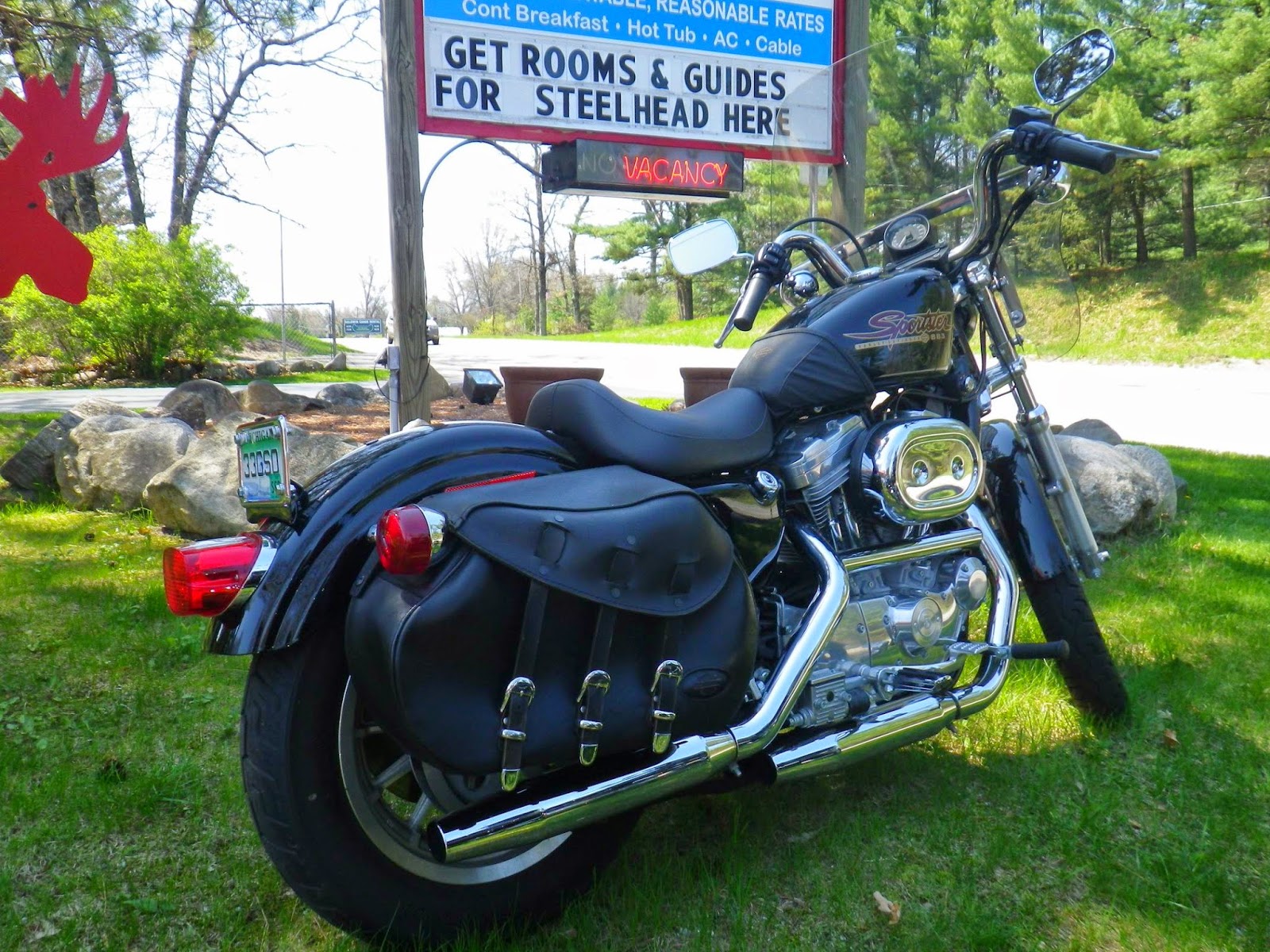 Tight Lines
Clint
Posted by Unknown at 9:24 AM