As most of you have herd or seen the flood pictures of the rivers up north this Spring. Although it is bad, it could have been much worse on the Pere Marquette River. We had a gradual melting with the water getting high a couple times it got up on the cement slab by our swing. If it would have all went at once it would have made 1986 Flood look like nothing. We were coming off a near record winter snow fall , so the writing was on the wall for something like this to happen and it did..We nearly hit 5000 at Scottville and the 1986 record was 6000..We didn't loose any bridges but a couple had water over the bridges and the roads..

The water has been dropping seance Tuesday afternoon and should be back to it's banks by Saturday. People( mostly guides) with drift boats are heading out with extreme caution to check out the river up top here M-37 to Gleasons Landing here today. I'm sure some trees will need some trimming. I'm on the water Saturday giving it a extra day to lower and clear. A boat just got under the bridge today. The last 2 pictures of the yard and bridge were just taken at 4 p.m. 4-17-14 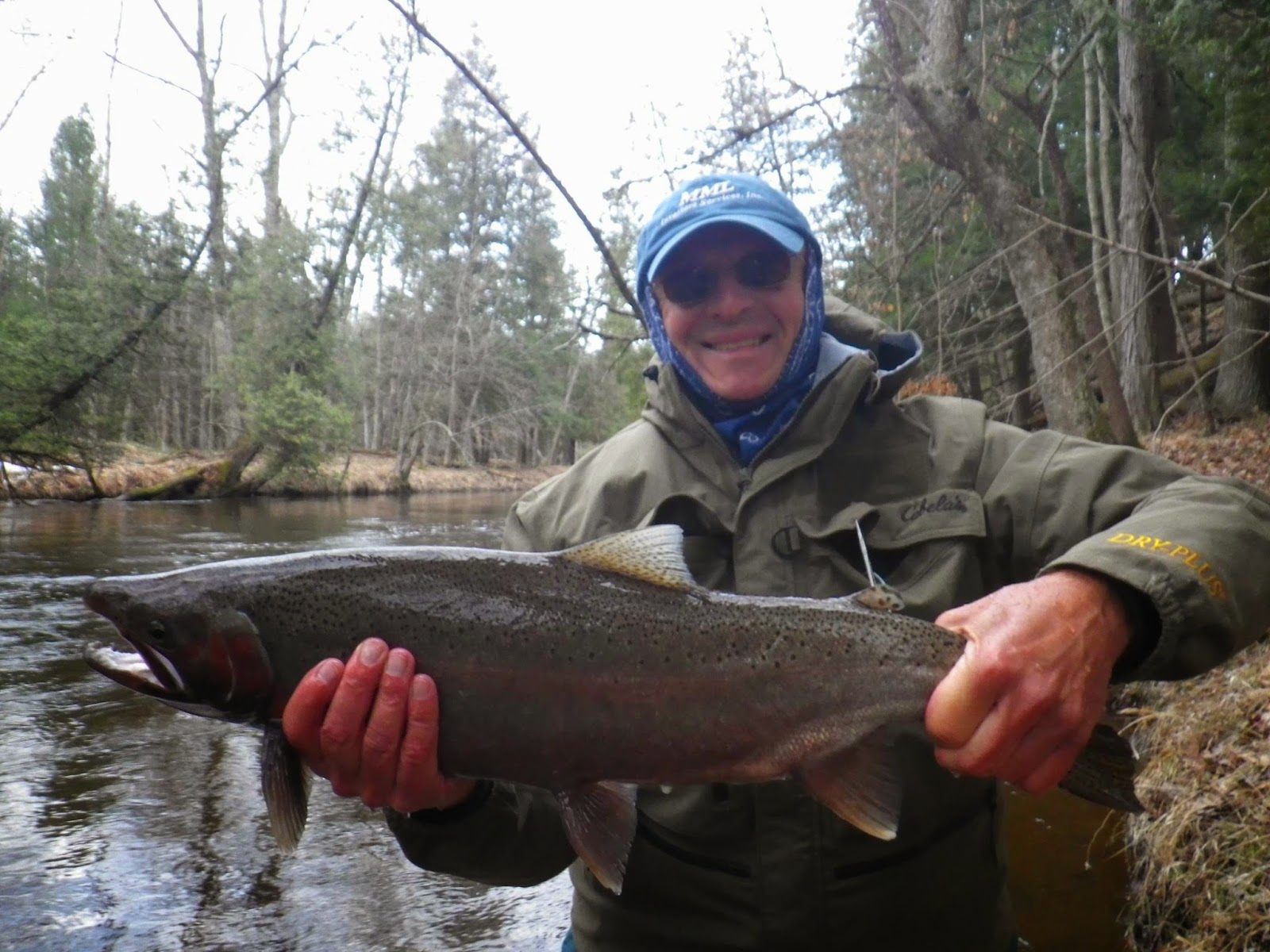 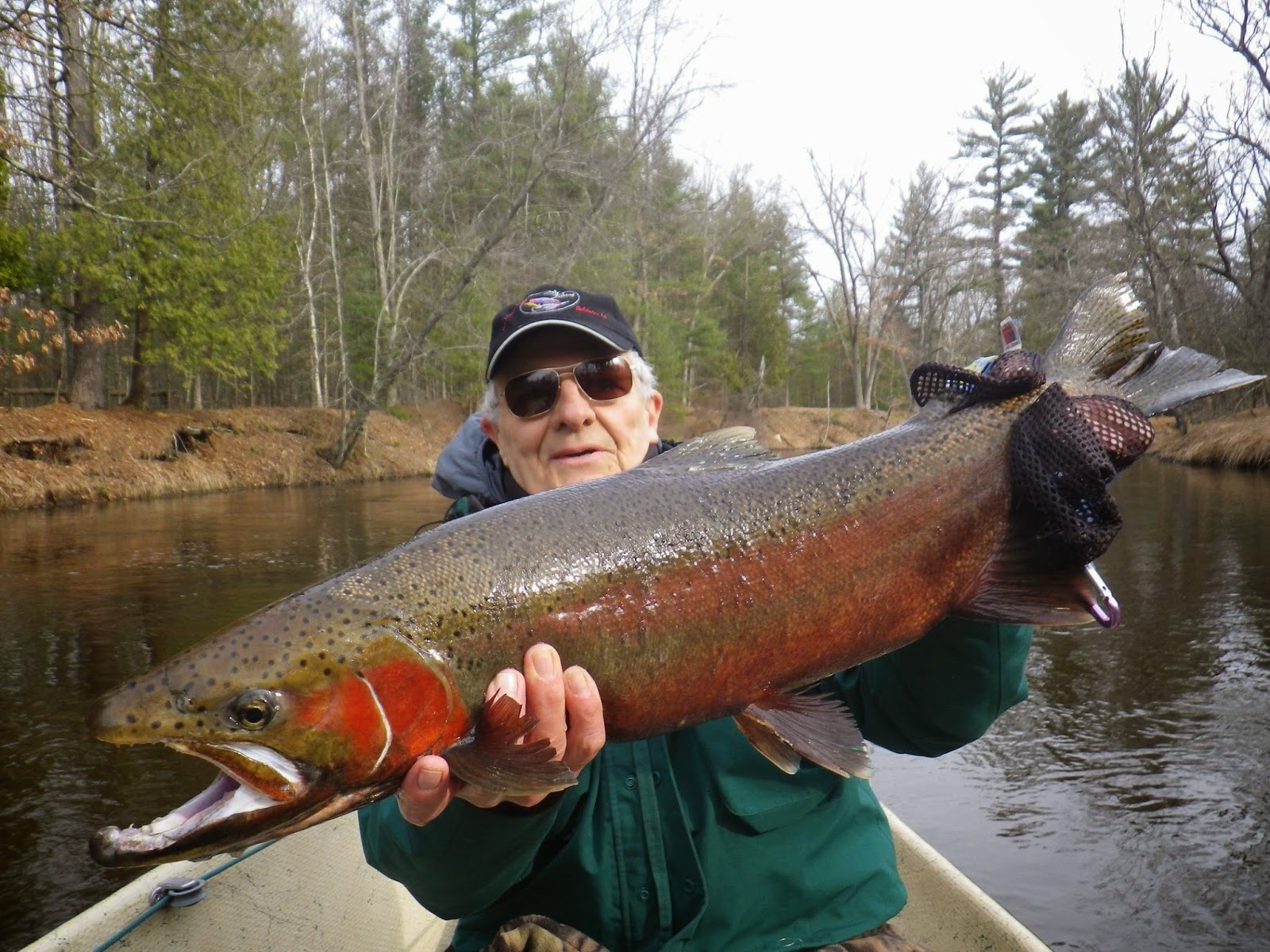 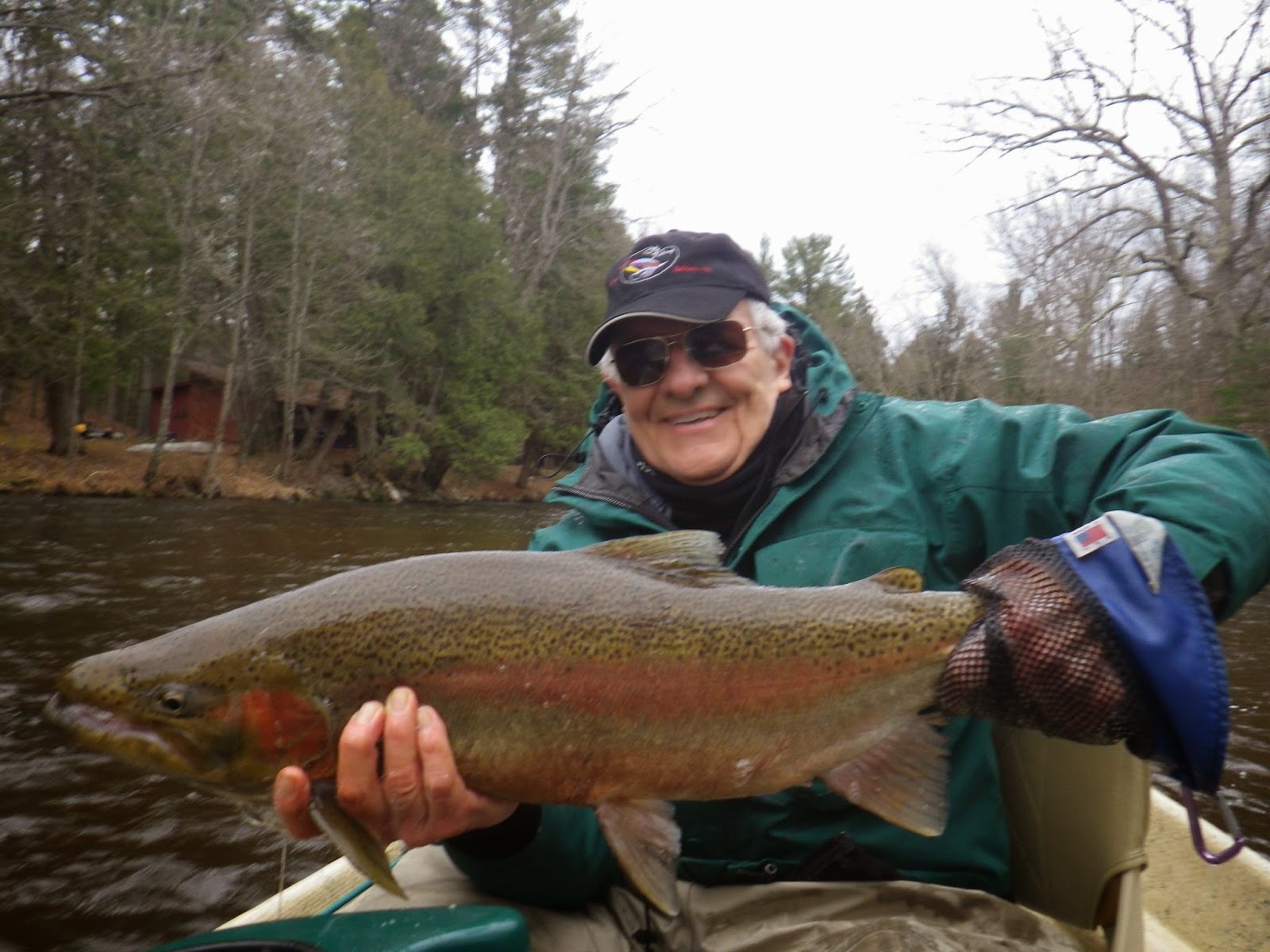 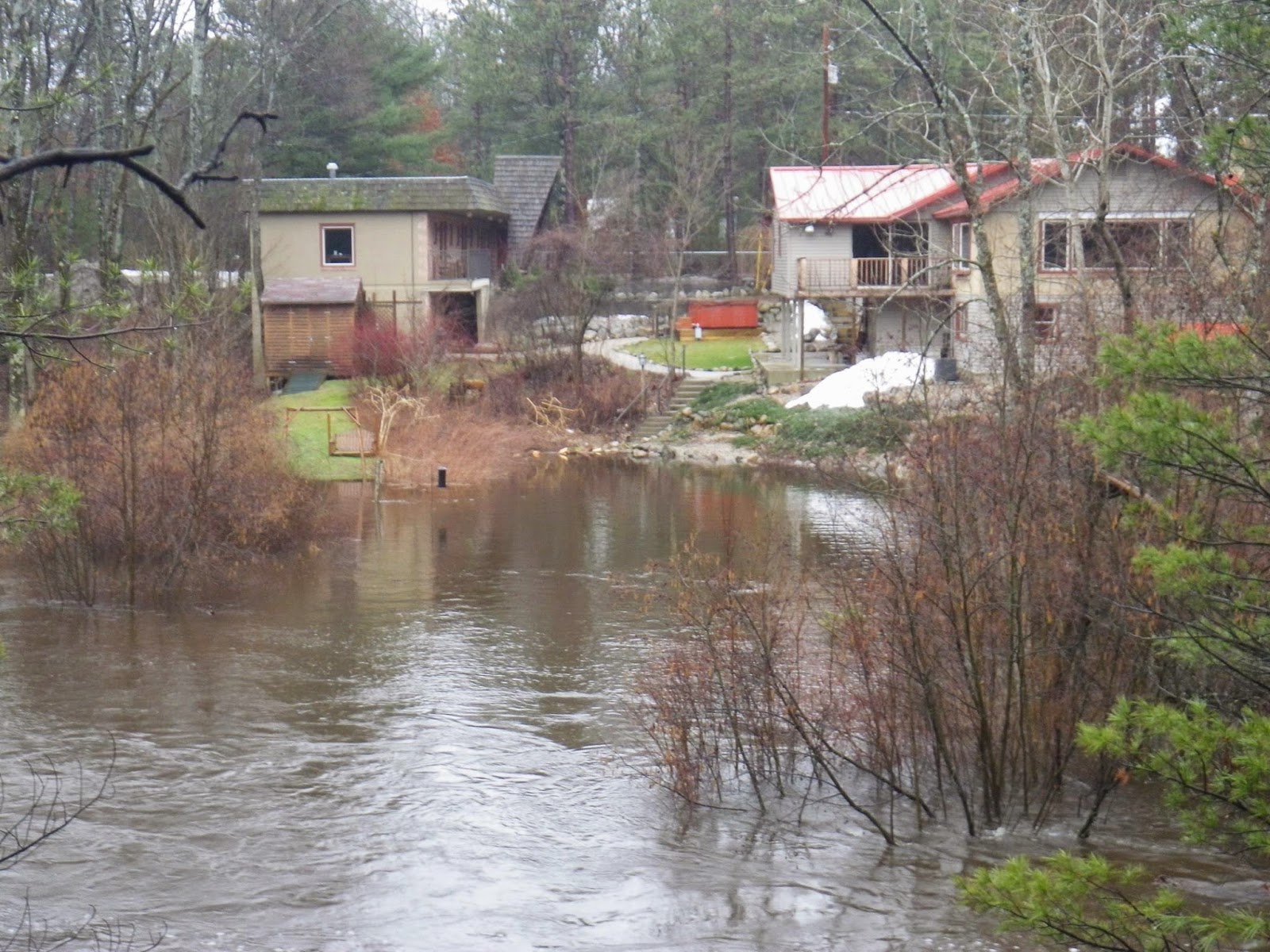 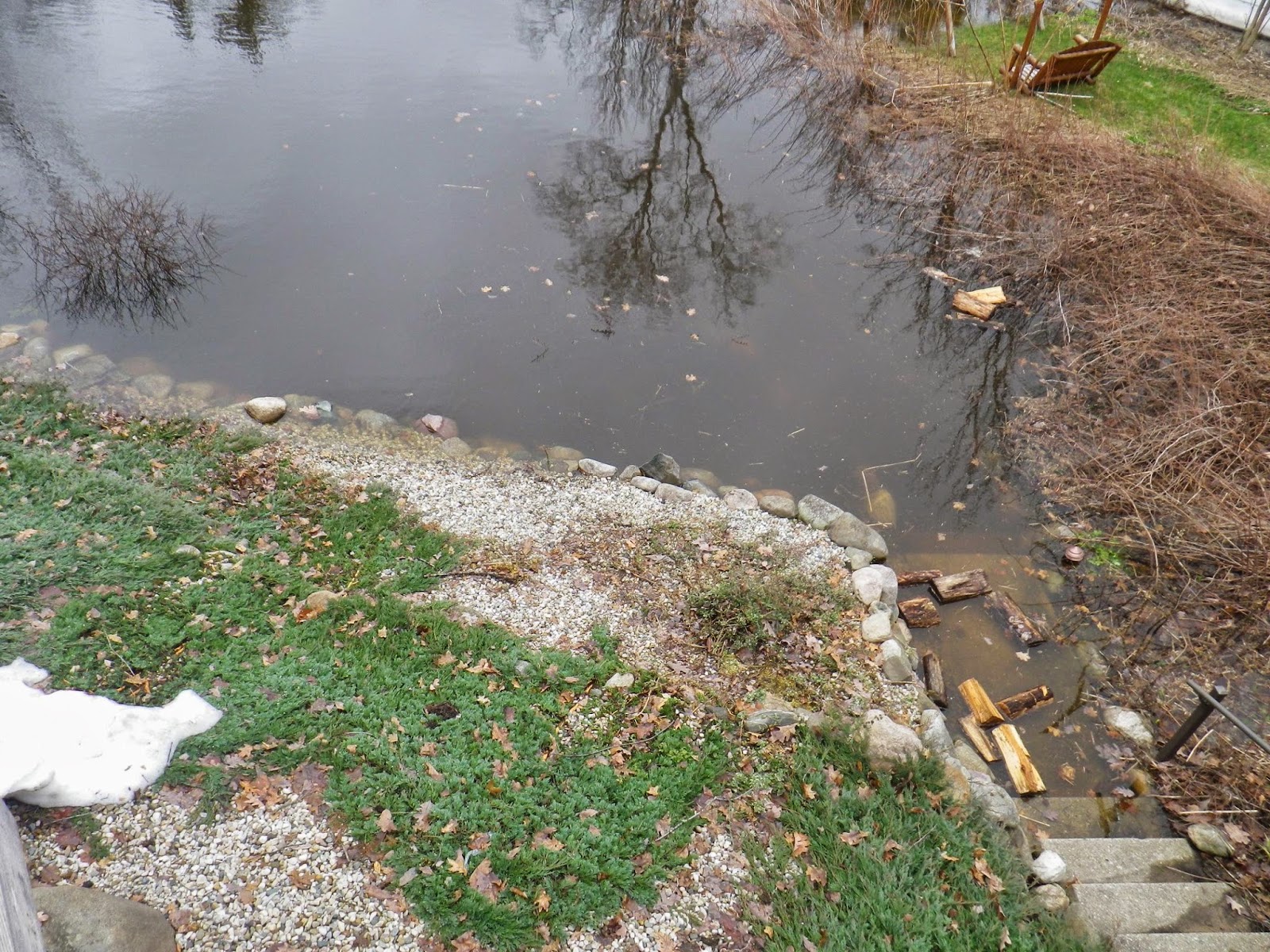 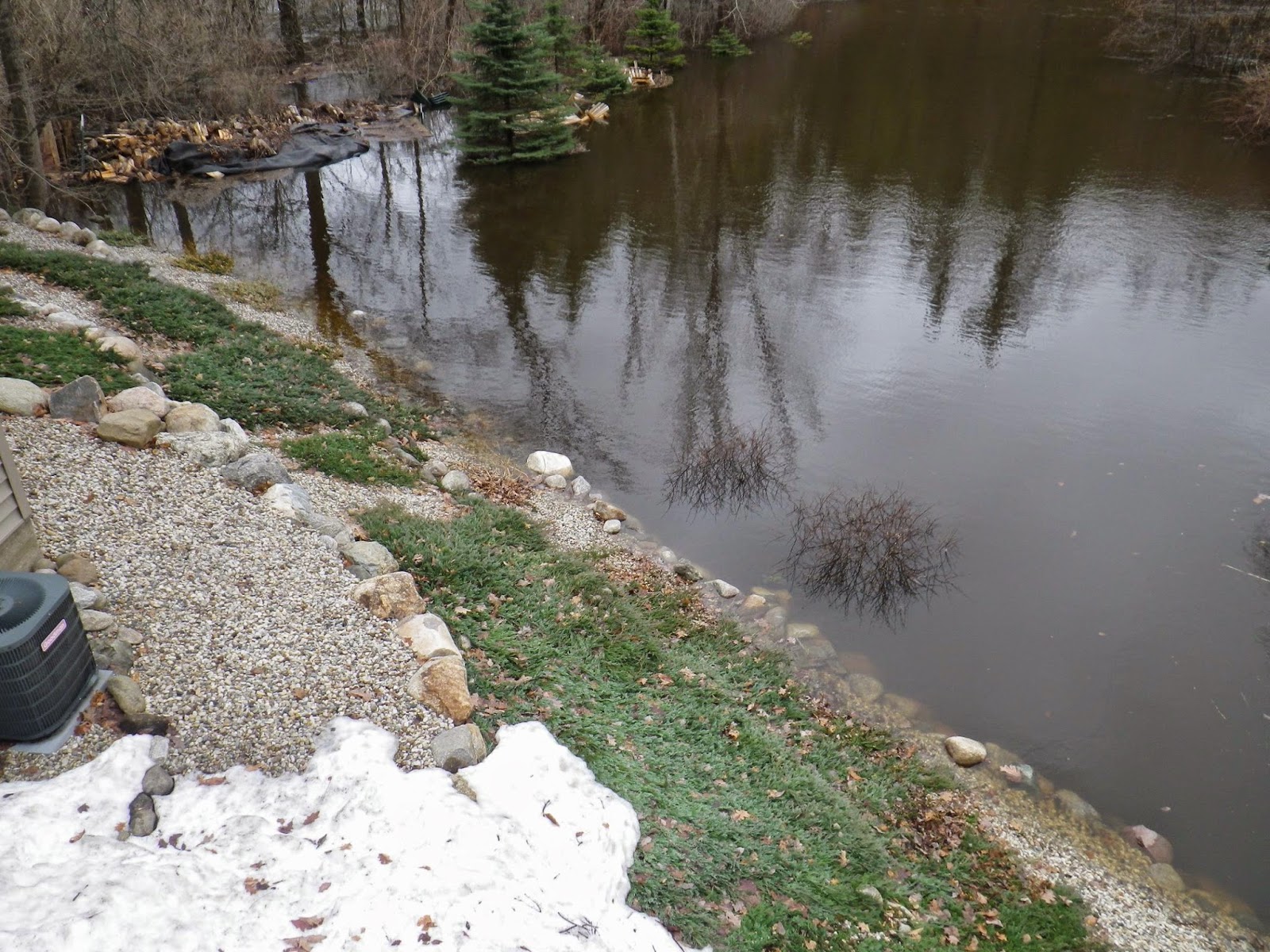 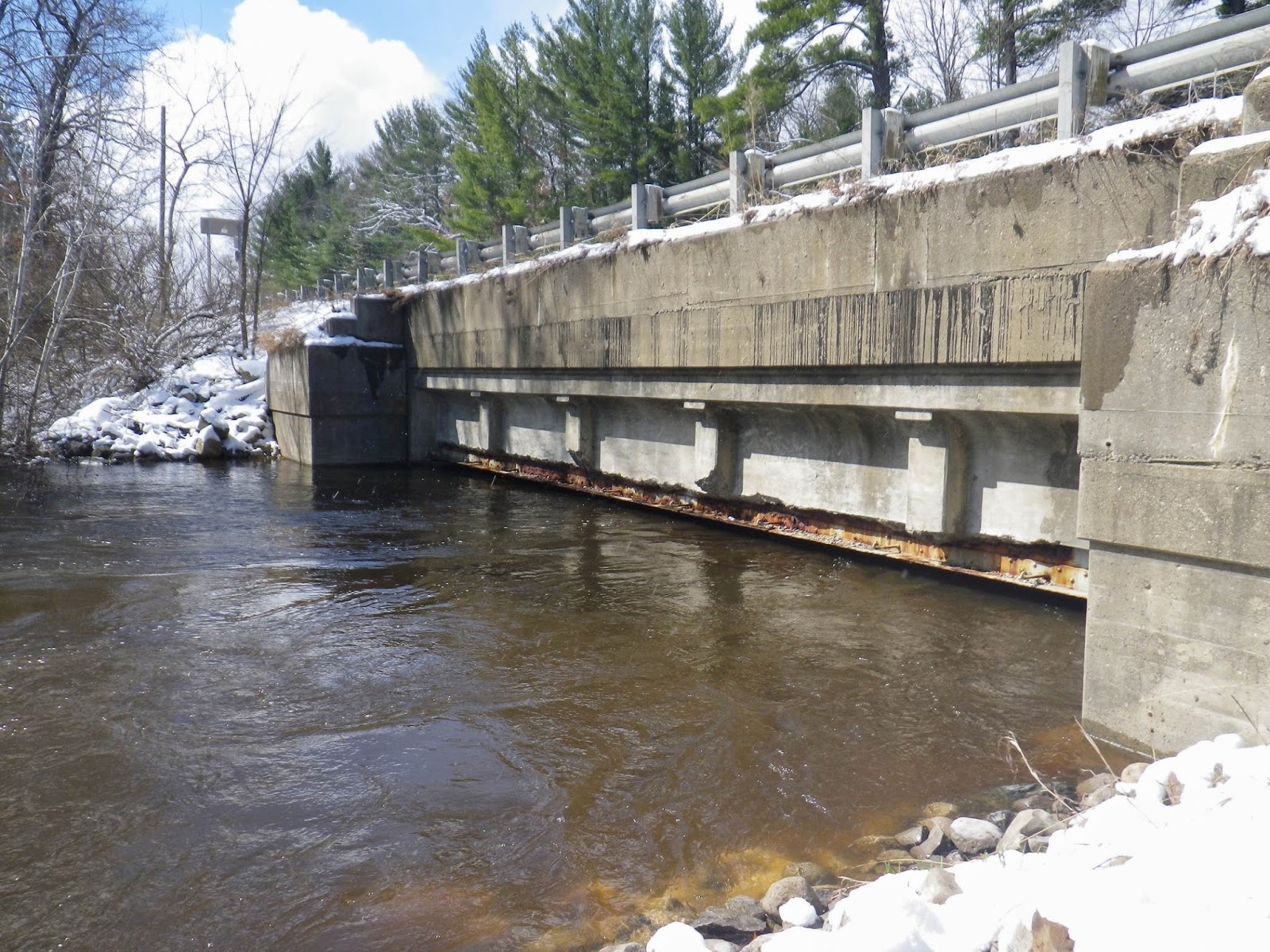 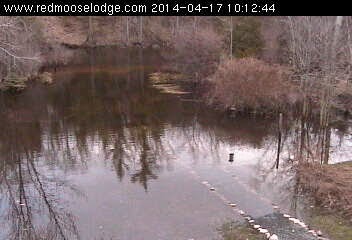 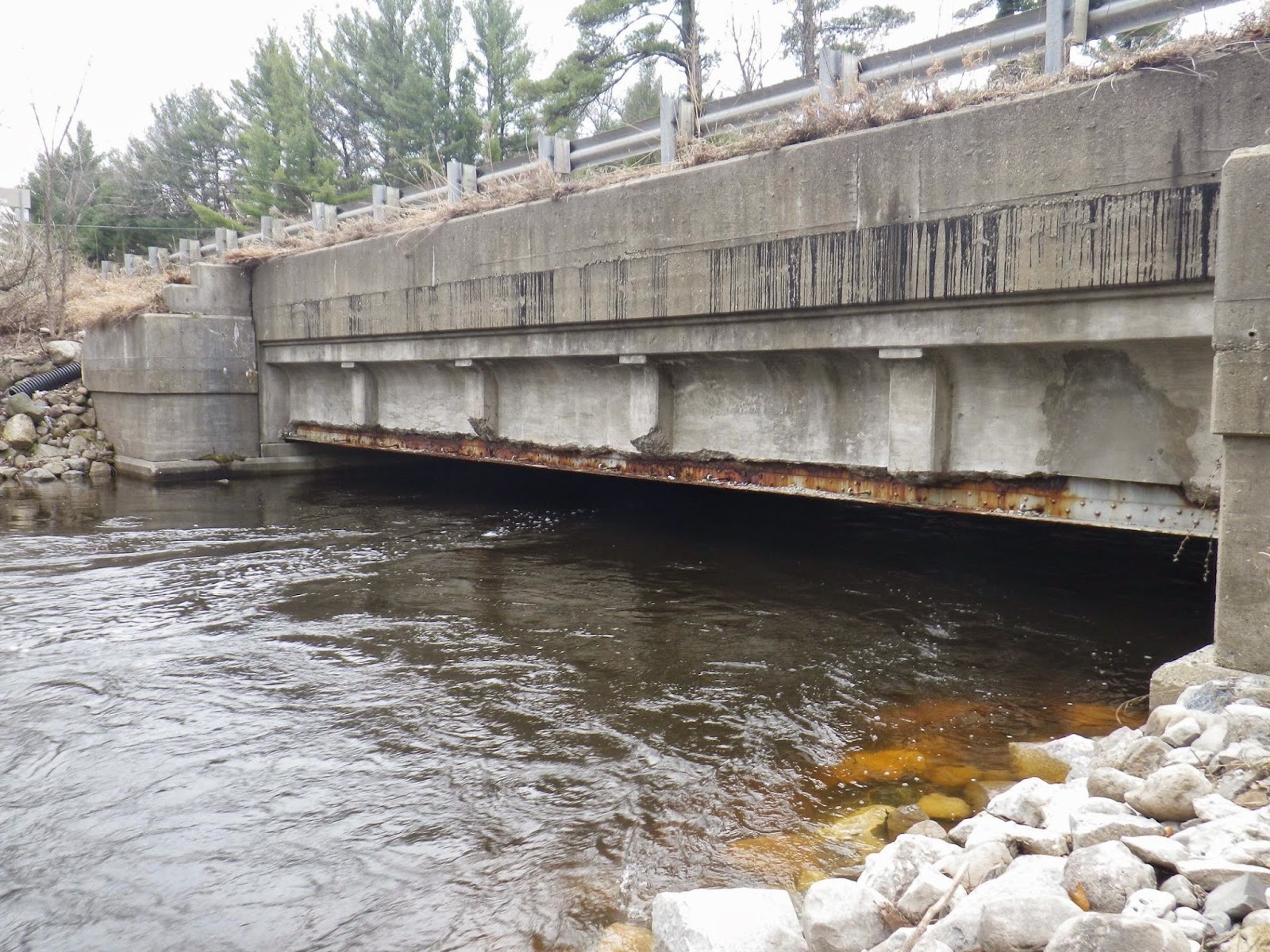 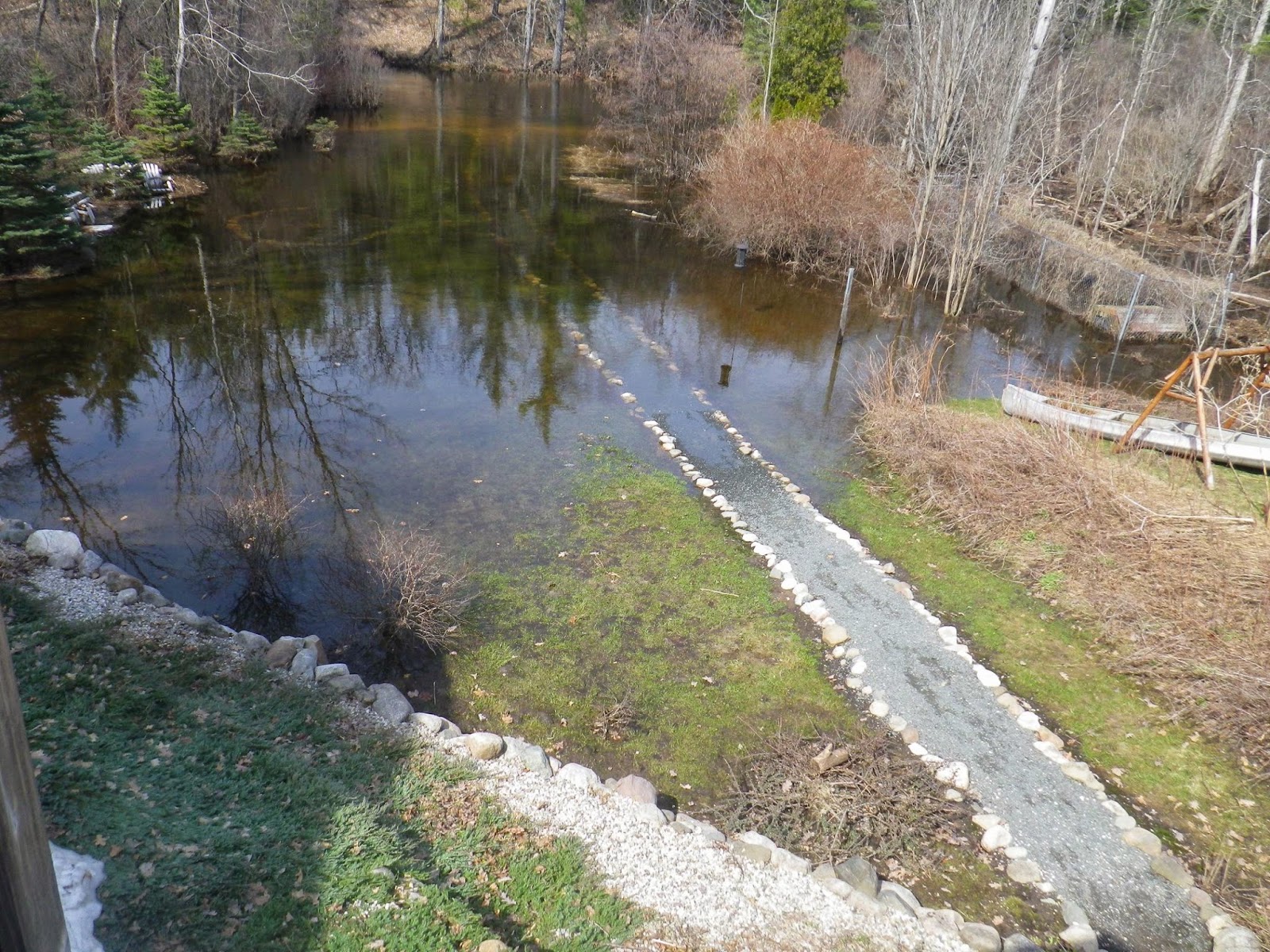 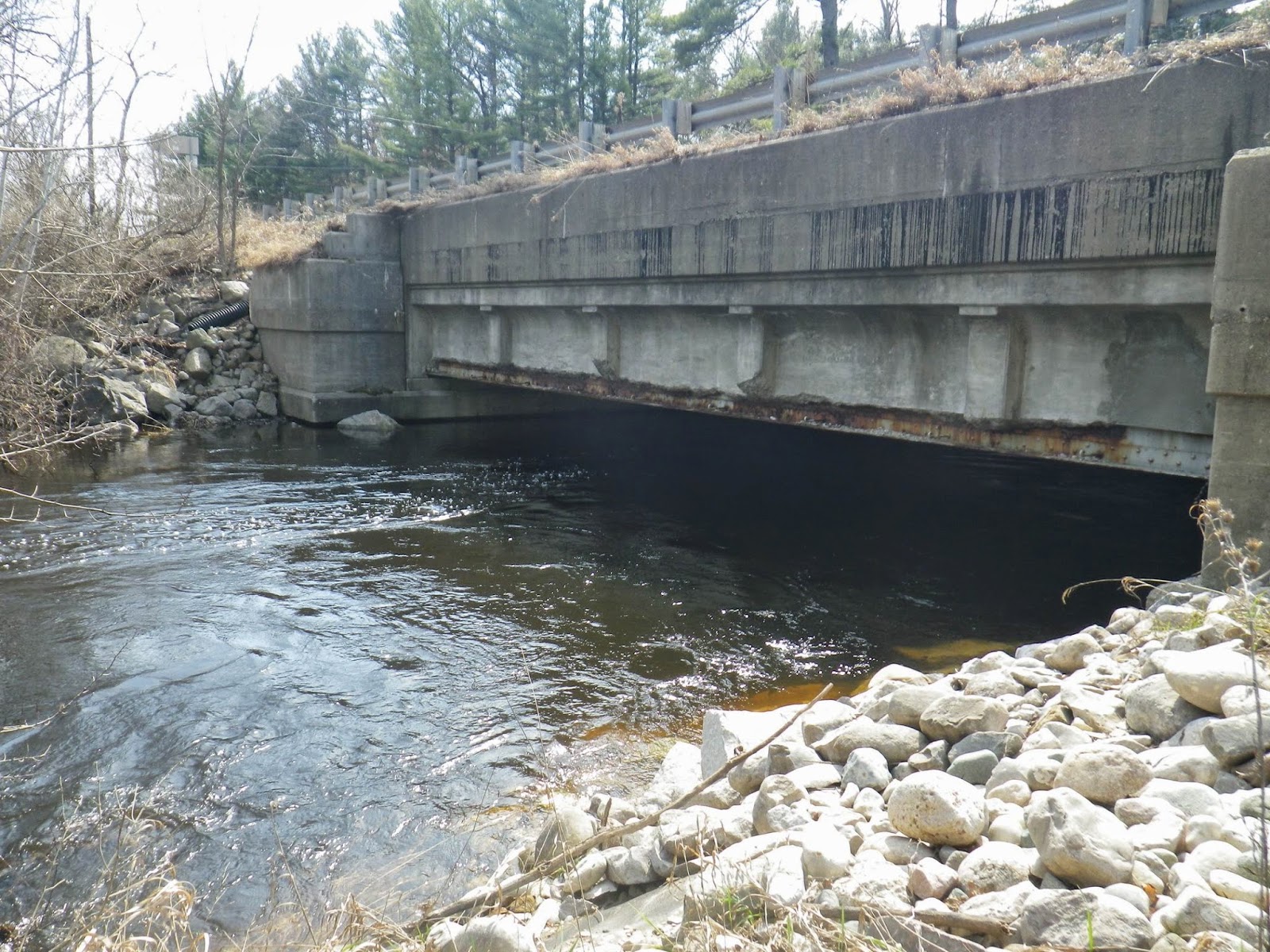